The X-mas game is a quick  Roll-and-move game for ages 5 years and older.

The X-mas game includes a double sided game board, with two different games. Each game is very quick and simple to play, aimed for younger players.

In the first game, players´ aim is to get from the starting point to the end and on the way, players aim to deliver packages to as many houses as possible. Players receive points for their finishing order but also for the houses they managed to deliver their gifts to.

The other game is a quick sledge race from top to finish, where players try to be the first to get to the finish line. Players need to be careful not to hit a tree. The first player to cross the finish line gets the throphy!

The game is currently out of print, with 2000 copies sold to date. 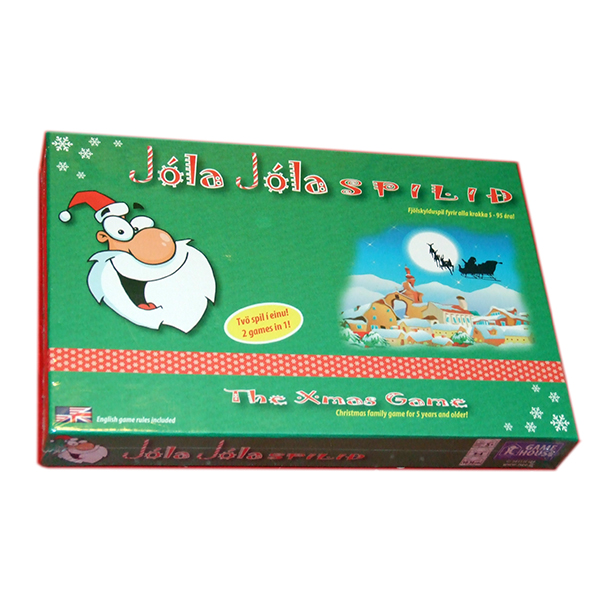 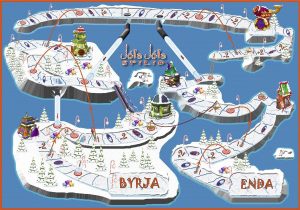 In Gift Race, players assist Santa to deliver X-mas gifts. Players follow a path, deliver gift tokens to houses and try to be the first to reach the finish line.

But sometimes you land on a slide and move backwards or get shot forwards with a rocket.

The first player to reach the finish line wins. 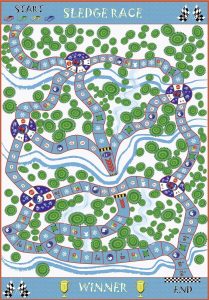 In Sledge race players follow a crocked path to try to be the first to reach the finish line.

The first player to reach the finish line wins.